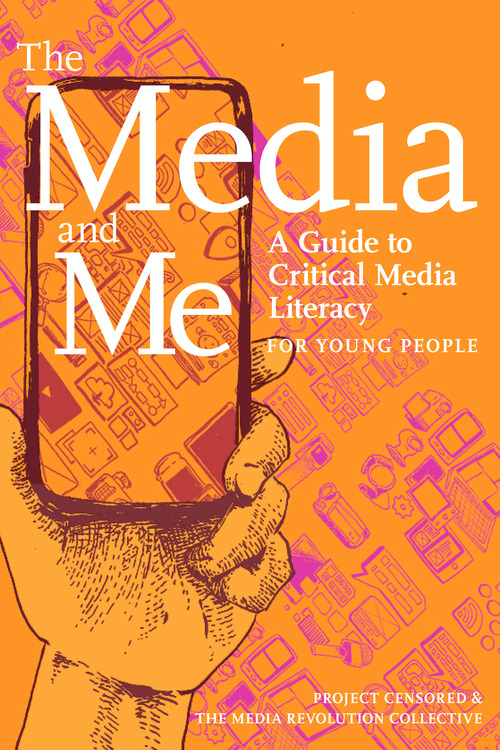 The Media and Me

A Guide to Critical Media Literacy for Young People

by Project Censored and The Media Revolution Collective

During the recent presidential election, “media literacy” became a buzzword that signified the threat media manipulation posed to democratic processes. Meanwhile, statistical research has shown that 8 to 18 year-olds pack more than eleven hours with some form of media into each day by “media multitasking.” Young people are not only eager and interested to learn about and discuss the realities of media ownership, production, and distribution, they also deserve to understand differential power structures in how media influences our culture.

The Media and Me provides readers with the tools and perspectives to be empowered and autonomous media users. The book explores critical inquiry skills to help young people form a multidimensional comprehension of what they read and watch, opportunities to see others like them making change, and insight into their own identity projects. By covering topics like storytelling, building arguments and recognizing fallacies, surveillance and digital gatekeeping, advertising and consumerism, and global social problems through a critical media literacy lens, this book will help students evolve from passive consumers of media to engaged critics and creators.

Cover art and illustrations by PETER GLANTING, a Portland-based artist and designer.

The Media and Me is a joint production of the Censored Press and Seven Stories Press.